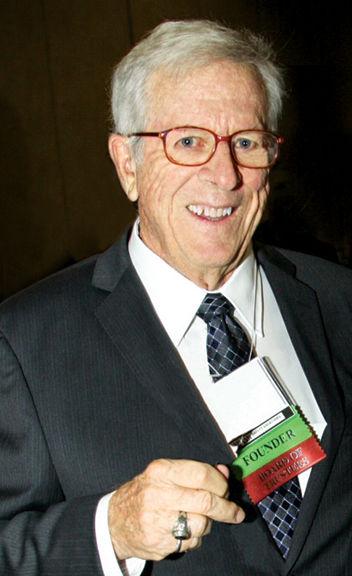 Robert Kendrick, of Leadville, Colorado, passed away on 28 July at eighty-eight. He was awarded NSP National Appointment number 2330 in 1960, and was on the founding patroller team when Vail first opened. Robert Kendrick born Aug. 12, 1930, in Leadville. He was also a mining executive and a founding trustee of the National Mining Hall of Fame located in Leadville.

Kendrick was the grandson of pioneering Colorado families. Both of his grandfathers and their brothers emigrated to Leadville in the late 1870s. His family members settled in Leadville, Twin Lakes and Glenwood Springs. On his burro “Snowflake,” Kendrick finished 5th in the 26-mile burro race from Leadville to Fairplay over the 13,186 foot Mosquito Pass, the same pass his grandfathers scaled in January of 1879 before settling in Colorado.

He loved adventure, travel and the outdoors in all forms, a love he shared with his family. Kendrick was a fly fisherman, backpacker, water skier, scuba diver and skier from an early age. He competed in slalom, downhill, jumping and cross country races, and was a ski jourer, winning early Winter Carnival skijoring events with his colleague, Mugs Osmond. Kendrick ran the Climax ski hill, which was affiliated with the Climax Molybdenum Mine where Kendrick was an executive. Climax offered the first night skiing in Colorado, and was open from 1936 into the 1950s.

Kendrick graduated from Leadville High School in 1948. He attended Colorado A&M and Colorado School of Mines, graduating as a Mining Engineer in 1954. He also attended the Harvard Business School’s Advanced Management Program.

He had a long career, starting at the Climax Mine as a laborer underground in 1954 , advancing into management at AMAX Corporation . Among his professional accomplishments, he was the mine superintendent at the Urad Mine, initiating the caving system there. He was the mine superintendent at Henderson during its development stages and was responsible for sinking the main shaft of the Henderson Mine, crossing the Vasquez fault and de-watering the mine. He wrote an early paper on Mass Caving Techniques that is still used in reference books. He set up the first Environmental Group for AMAX establishing ground-breaking environmental practices across the industry. He directed the Exploration and Development Group at AMAX in the early 1970s.

Kendrick returned to Climax in the mid-1970s where he managed the effort to establish an open pit mine over, at the time, the world’s largest mass caving system and led Climax through its highest production years. At that time he served on Colorado Governor Lamb’s Labor Board. He ended his career with AMAX as Vice President of Western Operations, responsible for both the Climax and Henderson properties, and went on to serve as CEO of Monarch Resources establishing gold mines in Guyana, Venezuela

He led the effort to restore the underground mine at Georgetown for the State Historical Society in 1968. He also worked with USAID in Siberia, Kazakhstan and Argentina in the mid-1990s, helping to ease the transition from the cold war to help bring former centrally-planned economies into a market based system.

Kendrick married Marian Caster in 1954 and they raised five children together. He leaves behind his wife and children, along with 8 grandchildren and 3 great-grandchildren. The Kendrick family requests that, in lieu of flowers, donations be made to the Lake County Open Space Initiative, www.LCOSI.com.

Memorial services will be held at a later date at the Annunciation Church, Leadville.